The Saturday before last, April 6, Julie and I ventured into the rugged bluffs overlooking the Beaver River — and thence into the wooded ravine known as Third Hollow. We were partly in quest of Skull Cave, which Julie had explored as a young teenager . . . but mostly in quest of a good hike on a day of burgeoning early spring. 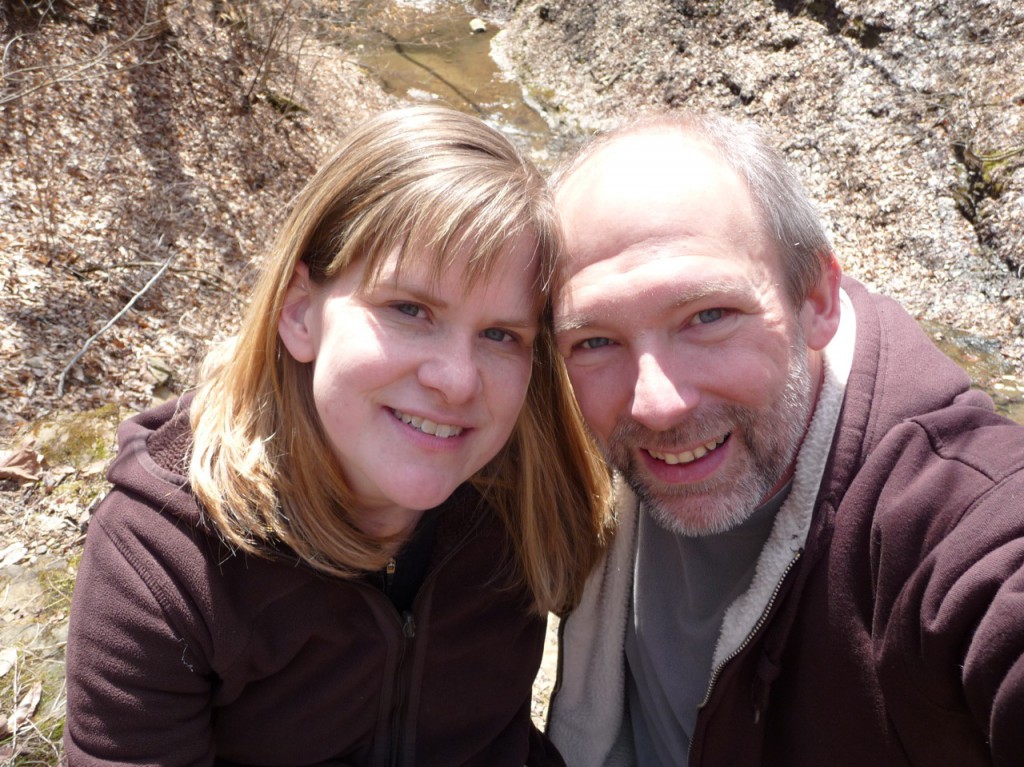 I experienced at once how different much of western Pennsylvania is from most of the Midwest, especially when one is off the beaten track. There’s a lot more vertical out here! After a pleasant meander along the bluff-top, the path plummeted over the edge, into the Hollow. Yes, Julie assured me, this was the way down she remembered. So over the brink we went . . .

We descended from the far wall of the ravine in this picture, followed the stream along its bottom, climbed that same wall, traversed its top (and discovered some intriguing “standing stones” — the concrete remains of long-abandoned bridges?), went to the bottom again, and scrambled up this wall, from the top of which this photo above was taken. 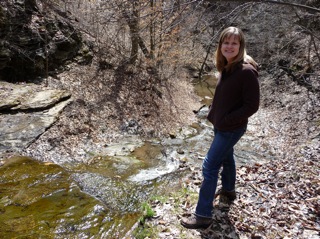 The stream in Third Hollow

Water and stone, soil and wood, birds and sky . . . green life peeking through the winter-worn carpet . . . the chatter of water careening toward the river, giddy with spring. 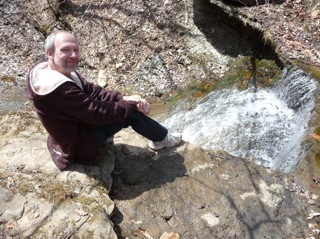 You know how Alan Lee uses those watercolors to bring Middle-earth to life in the genuine tones of the Earth? This hike was like walking through an Alan Lee painting. 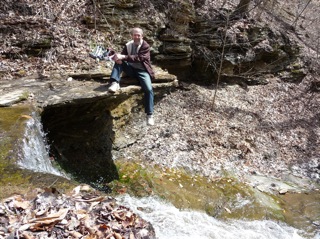 I did not realize until I crossed the stream and looked back that I’d been sitting on such a cantilever perch! 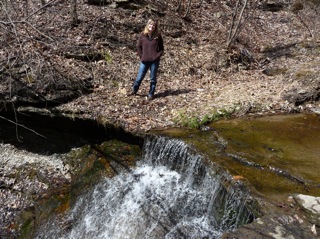 I don’t know how many miles we covered, but they were all good ones, and a great many of them were steeply pitched. (No, we did not precisely find Skull Cave . . . this time. Later, from across the river, we gazed at the stretch of rock face where it must be, based on expert testimony, and I think I must have been standing at one point on a ledge just above it. But it was hiding. Appropriate, for the object of a quest. But I’m thinking of one message of Shadowlands, the movie about C. S. Lewis: one doesn’t have to come completely before the goal to attain the fulfillment of all that the goal means. By grace, our quest for Skull Cave was in every way a success.) 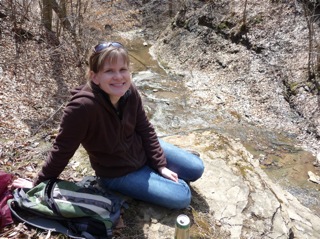 One true highlight was this picnic above the waterfall. 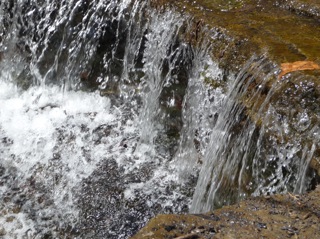 Such days are far too short . . . yet they’re the sort we remember throughout our lives. 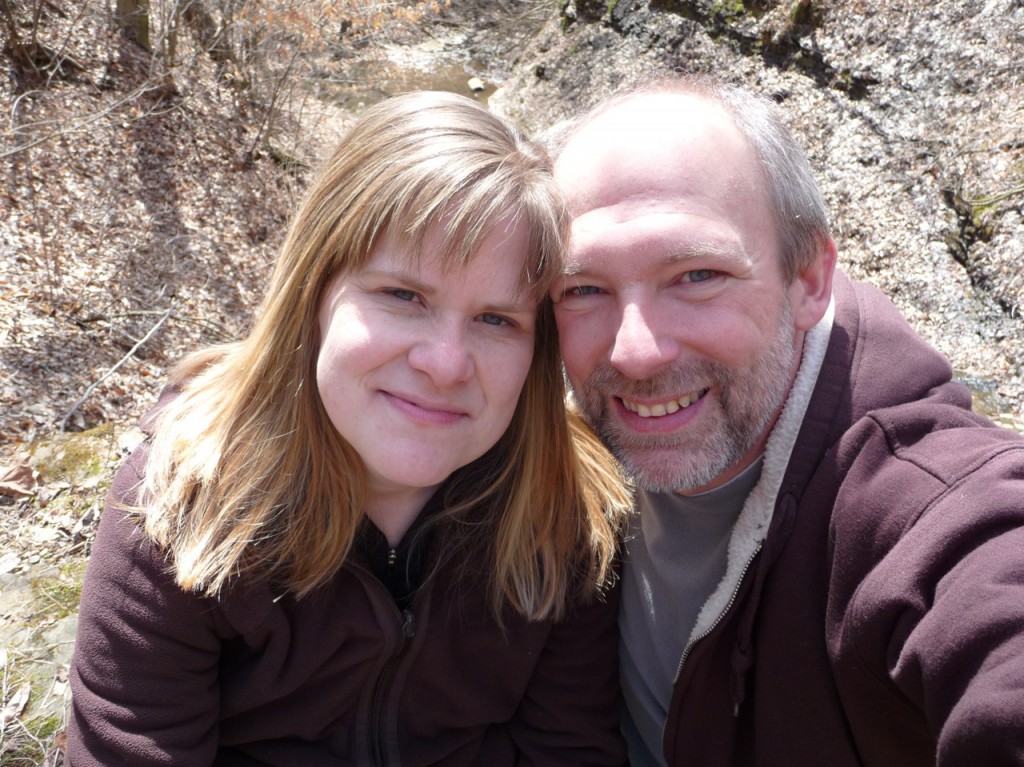 Bilbo wrote: “For still there are so many things that I have never seen; /

In every wood, in every spring, there is a different green.”

32 Responses to Adventures in Third Hollow